Beliefs Part 3: Perception and Reality – We Are Our Own Muse of Fire! 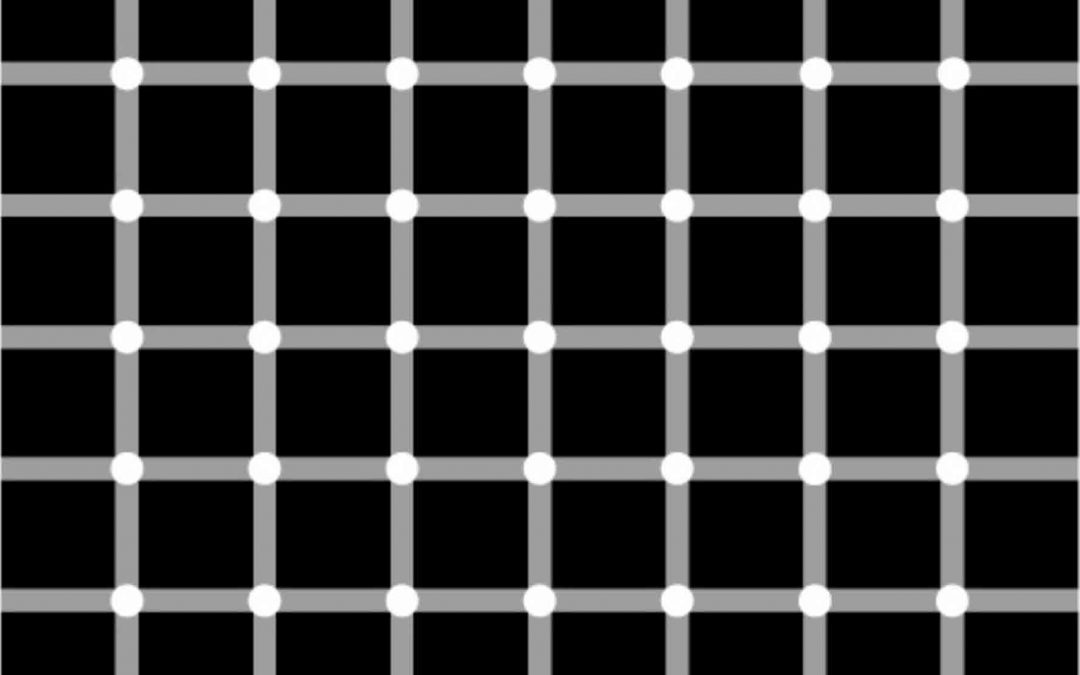 Why our beliefs are so powerful and important

Beliefs are powerful and in this post we will look at how beliefs shape our perception and our lives. Beliefs begin life in the conscious mind as ideas and opinions formed either through information and feelings conveyed to us by external sources or based on evidence, imagination and experiences resulting from events in our lives. However, when these ideas and opinions coalesce into beliefs, they take up residence in the subconscious mind. Here they set about influencing our perception. They ensure our lives become almost like self-fulfilling prophecies, shaping not just our present but our future too.

Beliefs shape our perception both of ourselves and of how other people and the world in general relate to us. In an intriguing Scientific American article, Harvard University science author Maria Konnikova cites psychologist Henry James’ observation about beliefs. “Whilst part of what we perceive comes through our senses from the objects around us, another part (and it may be the larger part) always comes out of our own head.” In other words, possibly the larger part of perception of reality is based on our beliefs rather than on sensory inputs.[1] As noted before, our beliefs result from the interaction of memory, information and experience and environment.

How beliefs shape even our perception of colour

An interesting experiment to investigate the influence of belief on perception (sometimes called ‘cognitive belief’)[2] was conducted in 1965. Psychologists John L. Delk and Samuel Fillenbaum asked volunteers to match shapes cut out of an orange coloured paper to a background whose colour they could adjust along a spectrum of reds and oranges. Some of the shapes were characteristically red (e.g. lips, hearts, apples) and others were not (e.g. ovals, horse heads, mushrooms). The research volunteers inevitably matched the typically red objects (e.g. lips, hearts, apples) to redder backgrounds. Fiona MacPherson of University of Glasgow argues that a belief (that certain shapes are characteristically red) influenced the volunteers’ perceptions. They matched such shapes to redder backgrounds, even though all of the shapes were cut from the same orange paper. Fiona MacPherson calls this phenomenon of belief influencing perception, ‘Cognitive Penetration’[3].

The scintillating grid image heading this blog post also demonstrates how our perception of reality can be easily fooled. Black dots may be seen at the intersection points in the grid, even though no such dots actually exist. This shows how our minds can slip in detail in order to make sense of what we see[4]. This slipping in of detail to shape perception works with our perception of people, including our own selves too.

Another theory about belief and perception, so-called Associative Conditioning, both supports and complements Fiona MacPherson’s view.  Associative Conditioning is sometimes described as “The neurons that fire together wire together.” That is that neurons in the brain that have, say, been conditioned to fire together in associating the colour red with shapes such as hearts and lips, become wired together. That is, they create specific, physical, neural pathways which are then reinforced through repetition. For example, our minds more naturally, associate shapes such as hearts and lips with a specific colour, which is red.

These same concepts, that our beliefs affect our perception (cognitive penetration) and that neurons that fire together wire together (associative conditioning), lie at the heart of both why our beliefs are so powerful and why they are so important.

Every second of every day, our minds are bombarded with tens of thousands of bits of data. Our five senses – sight, hearing, smells, touch, taste – are not the only sources of data that our brains process. We also sense air pressure, geographic location, the ‘mood’ of a space etc. etc. The world around us floods our brains with a perpetual tsunami of data, information that would overwhelm our conscious minds. So our subconscious is called into play to help manage the input. The subconscious is where our beliefs live. These beliefs shape and guide our perception of the data we receive.

There lies in the brain stem a bundle of nerve pathways, which connect the spinal cord, the cerebrum and the cerebellum. This bundle of nerves is what is called the Reticular Activating System (RAS). The RAS is involved with regulating wakefulness, arousal and some aspects of sleep. It acts as a filter for the many tens of thousands of pieces of information our brain receives every second of the day. One particular aspect of the RAS is that it filters for our own particular beliefs. It shapes our perception so that we experience the world in a manner consistent with our beliefs.[5]

For example, I am a person who believes he is hopeless at presentations but is faced with having to make a presentation at work. My RAS filters my thoughts about the task so that I think about all the things that could go wrong. As a result, my presentation is unsuccessful. On the other hand, my belief could be that I am great at presentations. My RAS will then shape my perception so I see all the ways in which it will be a success. And lo, it is a success![6]

How beliefs and perception collude

As Accredited Master Coach CherryClaus points out, “Your beliefs are like magnets. They’re affirmative, they attract what you think is right and true, and every belief is a self-fulfilling prophecy … If your beliefs are a film, your perception is the projector and your life happens on the big screen … What you believe is what you will perceive. Belief and perception are like two best friends who collude about everything, and whatever belief says perception confirms.”[7]

Of course all humans have beliefs about themselves, about the world around them and about other people. Also beliefs about concepts based not on evidence but on faith and intuition (such as morals, religion and spirituality). From a coaching perspective what is of interest is the deep, underlying beliefs that we hold. These are the bedrock on which we build our interpretation of reality.

What are empowering beliefs and how can life coaching help us?

Life Coach Adam Sicinski[8] suggests that our such core beliefs can be broken down into three main types: Psychological Rules, Global Beliefs and Convictions.

Psychological Rules – Rules that support our beliefs by telling us that something makes sense or is accurate. For example: “I should never do anything I’m not capable of doing …” Or, “I must never take a risk beyond my ability ….” Such rules might underlie believing that “I don’t deserve to be successful” or “I’m not good enough to do this.”

Global Beliefs – Generalisations made about things, people and life. These are assumptions that begin with phrases such as: “I am …”, “Life is …”, “People are …”.

Convictions – Our strongest beliefs, having the highest degree of certainty, commitment and dedication, and often immune to logic. For example, religious or moral beliefs, beliefs about concepts such as honour and duty and loyalty.

Beliefs that empower us

Our beliefs thread their way into every part of our mind. They shape the way we see the world. They drive our behaviour. And they impact on the results we achieve in our lives. Of course beliefs can be positive as well as negative. Life coaching calls positive beliefs Empowering Beliefs. Such beliefs drive an empowering mind set and behaviour that enhances potential in one’s life. Negative beliefs are called Limiting Beliefs. This is because they drive a constrained mind set and behaviour that limits potential in one’s life.

In the example about being good or hopeless at presentations, we can see how these two fundamental sorts of belief drive behaviour and impact results. If my belief is a positive/empowering one, that I am great at presentations, the RAS will ensure that my behaviour is consistent with my empowering belief. This shaoes my perception of the task so that I now see all the ways in which it will be a success. I carry out the presentation with mind set that expects the presentation to be a success and it is indeed a success.

Beliefs that limit us

On the other hand, if I hold the negative/limiting belief that I am hopeless at presentations, my RAS will again set about ensuring that my behaviour is consistent with my belief. My RAS shapes my thoughts about the task so I think about everything that could go wrong with the presentation. Unsurprisngly this results in an unsuccessful presentation.

As industrialist Henry Ford allegedly said, “Whether you think [believe] you can or think you can’t; you’re right.”[9] [10] Our beliefs really are like self-fulfilling prophecies, and we will achieve the result that we already believe we will achieve.

Fortunately, we can change our beliefs and with them change our lives. This is one of the reasons that life coaching is so powerful. Working with a client’s beliefs is at the heart of coaching. Your coach will work with you to identify and change any beliefs that limit what you can achieve. This is the theme of the final post in this series. See you there!

Next: Changing Beliefs to Become Empowered! 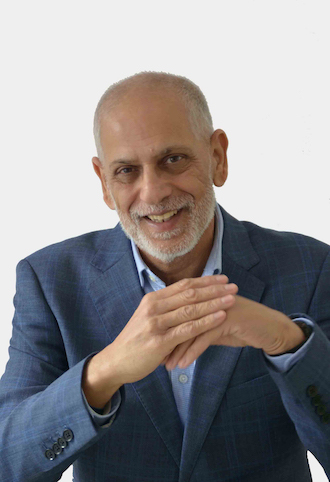 Subscribe NOW to be alerted to new blog posts and great offers from Life Crafting Limited!

Thank you. You have successfully subscribed!

Life Crafting Limited use Mailchimp as its marketing platform. By clicking below to subscribe, you acknowledge that your information will be used by Mailchimp for processing. Learn more about Mail Chimp's Privacy Policy by clicking here.